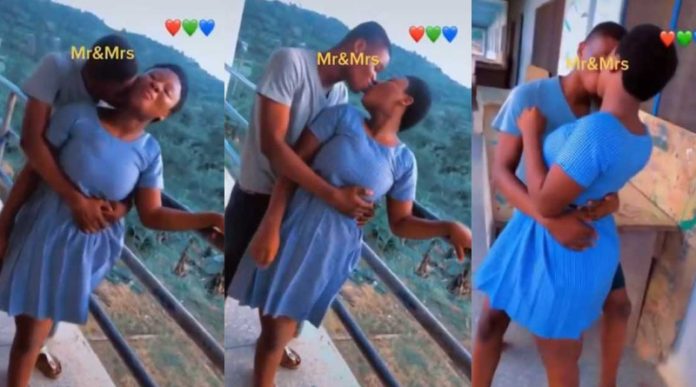 A video of two SHS loves establishing serious relationship goals as if they had already married and introduced each other to their parents has been seen by Ghbuzznews.

All eyes were on the couple as they locked lips on the school’s balcony since they appeared unconcerned with their schoolwork.

The two lovers, who were unable to resist the desire while on campus, lost little time in expressing their r0mantic love for one another.

See the video below;