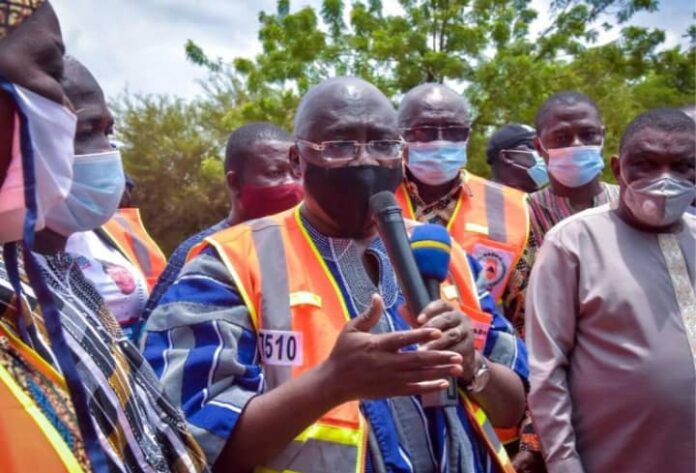 Vice president of the Republic of Ghana has made a donation of 1000 bags of cement and Gh¢50,000 towards the construction of a Divisional police station project in Ejura after the Ejurahene made a request.

Barima Osel Hwedie II, Chief of Ejura in the Ashanti Region made the request when the Vice President led a team to the town on today following some killings.

The Vice President assured the Ejura community that government will not shield anyone found culpable in the Ejura disturbances that led to the death of two protesting youth.

He assured them that government will also strictly implement recommendations that may come out after the public hearing. The Ejurahene expressed satisfaction with the steps taken so far.