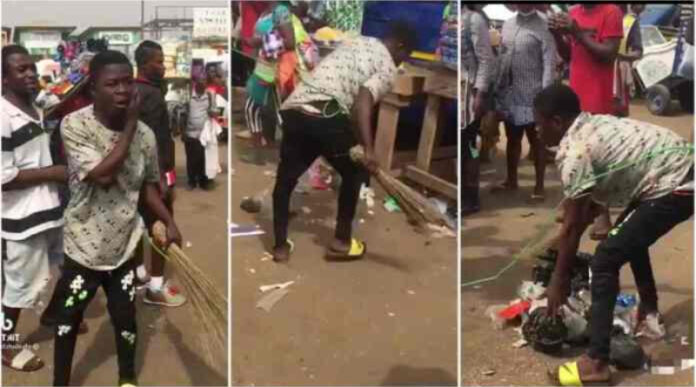 After being captured red-handed at Kaneshie Market, the proverbial forty days of a phone snatcher came to an end today.

A video posted to Instagram showed the alleged thief wearing a rope around his waist as he was escorted around the Kaneshie market with a broom to clean things up.

“A mobile phone thief was apprehended in Kaneshie Market this afternoon, and as punishment, a rope was wrapped around his waist and he was forced to clean the market,” the video caption read.

Along the way, the suspect receives a big slap on the cheeks from an anonymous person before returning to his sentence.

Although many individuals wanted to hit the young man with fists or slaps, others advised against it.