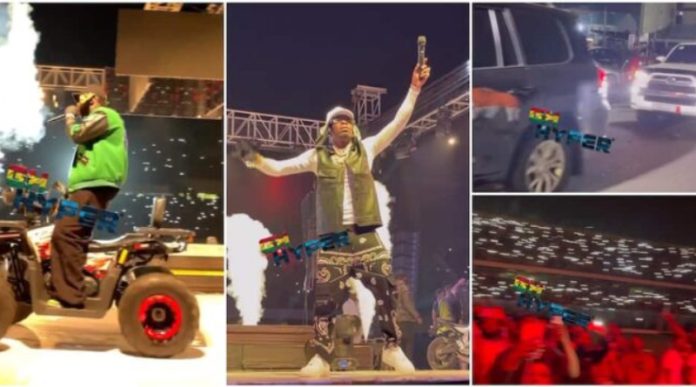 Shatta Wale, a dancehall musician whose real name is Charles Nii Armah Mensah, has been trending on social media due to his historic music performance at the Accra Sports Stadium.

After Wizkid’s disastrous performance a few weeks ago, there has been discussion on social media regarding who can fill the Accra Sports Stadium’s 40,000 seating capacity.

Some social media users believed that Shatta Wale would not be able to fill the Accra Sports Stadium, but it appears that the artist stunned many people with her most recent performance, which took place yesterday.

When Shatta Wale arrived at the event, there were about 40,000 people gathered at the Accra Sports Stadium clapping and screaming his name.

In a video posted online, Shatta Wale was seen riding his brand-new motorcycle into the stadium while being escorted by his teammates.