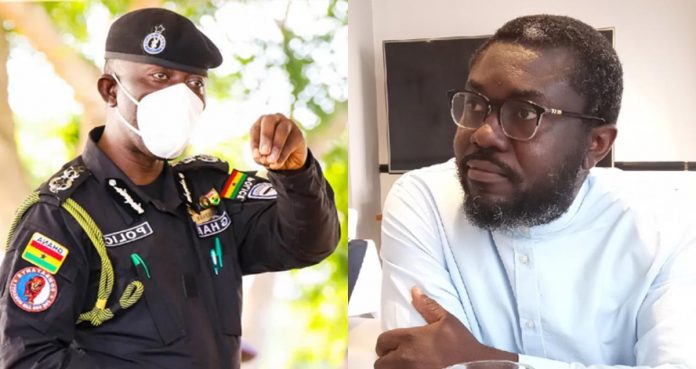 The organisers of fix the country demonstration, which is scheduled to take place hopefully on Saturday, have pleaded guilty to the earlier request to the police administration that, they have erred in their previous demand which sought to expect the police public administration to as a matter of convenience and safety reasons.

They requested that they should be allowed to demonstrate with harmful weapons on Saturday to help them be sure and secured of no intention from any other political vigilante that may intend to attack them on that fateful day on ground that they would be making the current political dispensation unpopular and that is the main reason why they thought of such unsubstantiated premise and notions which according to the police officers who are already assigned to providing them security on Saturday, earlier stated that they would be allow any political group or group of individuals to unleash mayhem on them when they go on their peaceful protest.

There has been back and forth between the two parties where the organisers are believing that they must be permitted to demonstrate with their various private guns so that any group or persons that may try to cause them or to incite against them, they will resist such people but according to the police officers, if that happens it means the peaceful demonstration that they pleaded earlier would not be met and for that being the major reason, there is no way they are going to allow them do such activities.

It is expected that such individuals hopeful of registering their displeasure about the current situations ongoing in the country, would mount some thoughts revealing placards where inscriptions of various kinds are going to be written.

The current organisers of fix the country demonstration, which is coming off on Saturday, are aligned with the main opposition political party, the National Democratic Congress, the NDC. Many people who are keenly watching things from afar, are even alleging that the NDC, is the main financier of every political activities expected to be undertaken by those individuals in the demonstration planning.

Ghanaians of all walks of life are highly hopeful of turning out in their numbers to fully partake in such constitutionally mandated protest which is expected to be calm and peaceful without recording any casualties either on the side of the organisers or the security providers.