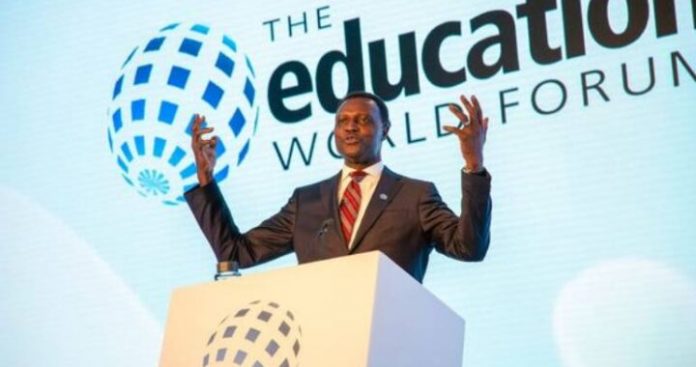 The massive corruption scandal that has rocked the ministry of education involving also the minister of education, has taken a very weird twist as the World Bank has come out to setting the record straight.

It came out in the news last week that the World Bank gave 1.2 million dollars to the ministry and minister of education in Ghana but they money has been squandered by some private unknown individuals who took it upon themselves to engage in what should not be done as public officials.

Yaw Osei Adutwum, the minister of education has been accused of misappropriating a whopping 1.2 million dollars after it emerged that the money received from the world bank group on humanitarian ground has been deposited in his private bank account which caused some people to suspect him of fraud and deceiving by false pretence without been called to rendering accounts of what has been claimed against his person, his office and the institution as large.

But as the bank has come out to clear the air it is obvious how criminal some public officials have turned themselves into by lying with their sweet and filthy tongue to making fraudulent wealth at the detriments of the nation and the citizens as a whole.

The bank has exposed the clandestine motive of such individuals involved in the squandering of the money which they lay to the bank that their teachers were trained and due to the high cost incurred they should be financial helped where such activities or were not organised or undertaken by those officials in any part of the country called Ghana.

If we were to be living in any seriously minded country such individuals must be held to account for the where about of the money granted to the ministry and the minister of education in Ghana. We are quick to calling ourselves religious people but we engage in activities that are described and considered by those outside the religion as evil and immoral.

Some people are wondering how come the bank could not investigate the claim made by the ministry and the minister himself that they trained teachers while nothing of that sort happened and granted that huge colossal amounts of money and they have embezzled such a very significant resource.