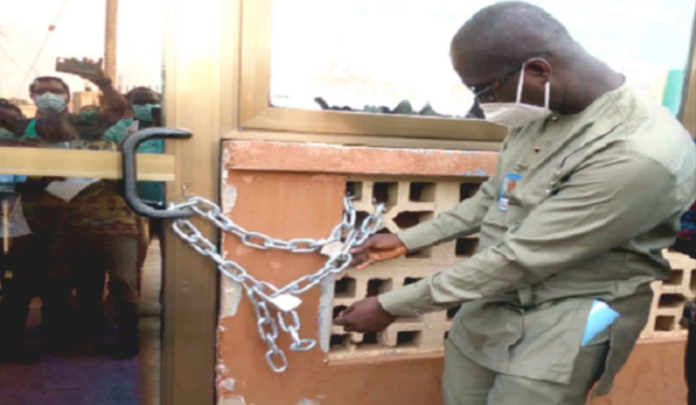 The Rent Control Department in Ghana has debunked fast-spreading rumours that claim their Amasaman Office has been locked by their landowner following non-payment of rent. According to a report, Mr. Joseph Nsiah Abugri said he’s demanding full payment of rent that has run into many months.

READ ALSO: Tenant allegedly dies after Landlord locks him up for more than 8 months over non-payment of rent

He was additionally also to possess said that he doesn’t want the department in his facility any longer.

However, the management of the outfit said such rumours are meant to paint the department a negative light, therefore, should be disregarded.
In a statement issued by Mr. Twum Ampofo, the Chief Rent Manager, state that no such report has been created to their head office.

“It has come to the notice of the Department, that people are widely circulating rumours that the Rent Control Office at Amsaman has failed to pay money for its rent.

The circulation of those rumours is meant to paint the department a negative light. Management needs to encourage the general public that there’s no iota of truth within the rumour.”

Read the complete statement below: