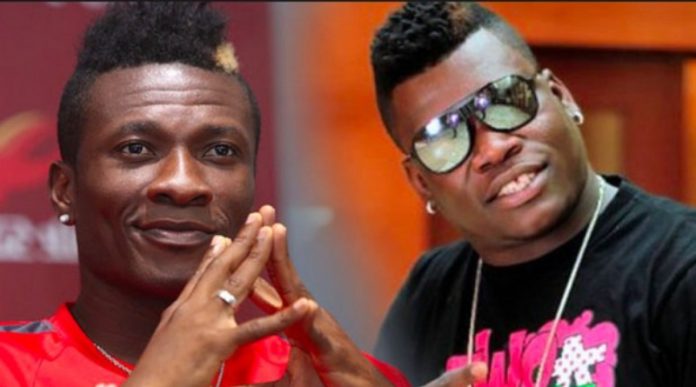 On July 6, 2014, Ghanaian artist Theophilus Tagoe, also known as Castro, drowned while attempting to save a woman in the Volta River estuary.

Castro and another woman, Janet Bandu, went missing on a boat excursion organized by Ghanaian footballer Asamoah Gyan on a Sunday afternoon.

Asamoah Gyan’s autobiography, titled ‘LeGyandary,’ details his life, how he overcomes obstacles, and his friendship with Castro.

In an excerpt of the book he wrote, Asamoah Gyan disclosed that he visited a shrine in search of his friend who drowned along with Janet.

An excerpt of his autobiography read:

“As we contemplated our next line of action, a man from the town showed up. He claimed there was an oracle in Ada who could help us find the missing persons. He added that the oracle was very powerful and such matters can be easily handled by it. Though I wasn’t very superstitious, I felt obliged to go along since we were in a fix.

“What else could we do? I was a little scared of the ensuing encounter with a priest, so I declined to join them at the shrine. I had a little money on me, so I decided to return to the hotel and gather some money in case we had to make any payments later on.

“I was in a dilemma, lost in thought and wondering if perhaps this oracle could help. One returned with news that the consultation would cost Ghc 100 and a bottle of schnapps. I wondered silently if the schnapps was for the gods or for the priest.

“Anyways, I went back inside and returned with some money. I joined them this time to go and see for myself. The fear of what lay ahead scared me a bit. I wondered what the shrine looked like and if it would have any future repercussions on me. But Castro was worth every bit of the sacrifice that was ahead.

“When we got to the town proper, there were cheers all over. The children especially were awed and thrilled to see me.

“The chants and the shouts were very loud, but I was completely lost in a world of chaos, sorrow and pain. If anyone had looked in my eyes, it would have been obvious I was in no way enjoying the attention and the cheers. Though I tried to smile at a few of the children who came close enough, I fidgeted in my head in ways only sorrow could dictate.

“The journey to the shrine was a blend of different emotions. On arrival, we were made to take off our shoes and offered a seat. I wondered if the priest would recognize me. I chuckled to myself. Do the gods also watch football? At least I could steal a moment of joy in all this turmoil.

We sat down and the questions started.

“The Adas speak a native language called Dangme. The priest spoke the language and since we didn’t comprehend, we had someone interpret for us. He inquired if the lost person was someone of high repute.

“That question remarkably gave me faith. Perhaps, sparked a glimmer of hope in all the darkness around us. I mean, how could he have guessed so wildly and still had it right? Unless of course, there was a supernatural presence telling things in the unknown. We answered in the affirmative and he gave us a wry smile.”

‘LeGyandary”, the book that detailed the life and career of the ex-footballer for the Ghana Black Stars, Asamoah Gyan, was launched on April 30, 2022, in Accra.

The launch, which took place at the Kempinski Hotel, was attended by a number of the country’s former and current footballers, Members of Parliament, ministers, diplomats, business leaders and fans of the former Black Stars captain.