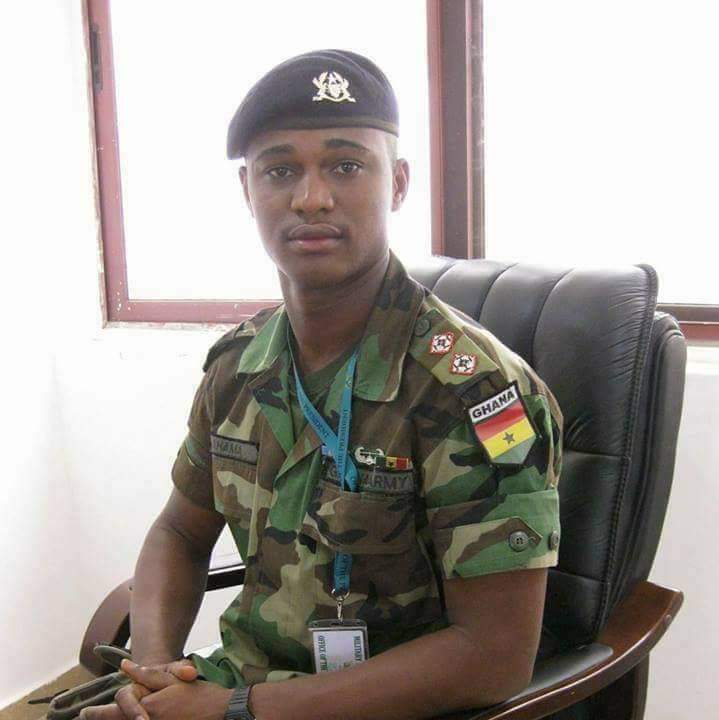 Eleven out of the 14 alleged killers of Major Maxwell Adam Mahama have accused the police of coercing them to confess to the murder of the military officer.
Consequently, their lawyers have objected to the tendering of their caution statements, which contain the alleged confessions, as evidence in their trial at the Accra High Court.

This came up yesterday when the case investigator, Chief Inspector Samuel Agyakwa, sought to tender the caution and charge statements of the accused persons into evidence.

The caution and charge statements of the other three accused — William Baah, Bismark Abanga and Kwadwo Anima — were, however, admitted into evidence without any objections from the defence lawyers.

The caution statements were made by the 14 accused persons to the police upon their arrest.

Chief Inspector Agyakwa, who is the 14th and last witness for the prosecution, had already tendered into evidence many exhibits, including the video — which is supposed to contain details of the alleged killing of Major Mahama.

The caution and charge statements were the last tranche of exhibits that he sought to tender into evidence for the prosecution to bring its case to a close.

Objecting to the tendering of the statements, lawyers for the 11 accused persons — Mr Bernard Shaw and Mr Theophilus Donkor — argued that their clients did not voluntarily give the statements to the police, but rather they gave them under duress.

The two defence lawyers argued that confession statements must be given voluntarily and, therefore, coercing a suspect to give a statement was a violation of Section 120 of the Evidence Act, 1975 (N.R.C.D 323).

That was refuted by the prosecutor, Mrs Evelyn Keelson, a Chief State Attorney, who submitted that the accused persons voluntarily gave the statements to the police in line with Section 120 of the Evidence Act.

In view of the objections by the defence lawyers, the presiding judge, Justice Mariama Owusu, a Justice of the Supreme Court sitting as a High Court judge, ruled that a mini trial would be conducted.

“The mini trial will ascertain the veracity or otherwise of counsel’s objection,” Justice Owusu held.

She, therefore, directed the parties to present their witnesses for the mini trial, which will be conducted on April 30 this year.

The seven-member jury will not be present at the mini trial since the exhibits being contested are not yet in evidence.

Major Mahama was killed at Denkyira Obuasi in the Central Region on May 29, 2017.

He was said to have been lynched during a morning walk that led him to Denkyira Obuasi.

A video recording of how he was supposedly lynched went viral on various social media platforms.

The 14 accused persons have pleaded not guilty to charges ranging from murder, abetment of murder and conspiracy to commit murder.