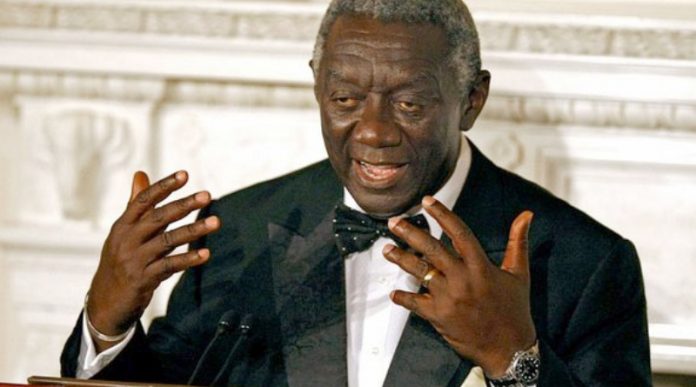 Former President John Agyekum Kufuor has urged foreign-born Ghanaians to embrace the opportunity to play for the Black Stars.

The former President Kufuor stated that playing for Ghana might benefit the athletes’ career growth and encouraged them to consider doing so.

Using Welbeck’s England career as an example, John Agyekum Kufuor suggested that rather than choosing their birth countries to make up the numbers, players should examine the opportunity that playing for Ghana provides.

He did, however, encourage the Ghana Football Association to create an environment in which the players can thrive once they join the Black Stars.

“It is good. We already have the dual citizenship arrangement so you can be a Ghanaian or Italian and still play for the country. It does seem that as good as our boys maybe wherever they are playing, their chances there don’t tend to be as good as people who could claim to be of the soil of that country.

“There are a few of them who play for those countries. For, instance Welbeck chose England now plays for Brighton and Hove Albion. Welbeck back in Ghana would have been a crown jewel. They should learn to combine glory from out with glories from within the country.

“When we find such people I believe we should encourage them to come and play here. Playing for the national team might even improve their chances. Ghana should not keep barriers,” he said.

The Ghana Football Association are working around the clock to have Hudson-Odoi, Eddie Nketiah, Tariq Lamptey and a host of other players switch nationality and represent Ghana.

Reports indicate that Tariq Lamptey and Eddie Nketiah have already agreed to represent the country at the expense of England.

Hudson-Odoi, on the other hand has agreed but is only eligible to play for Ghana in November.