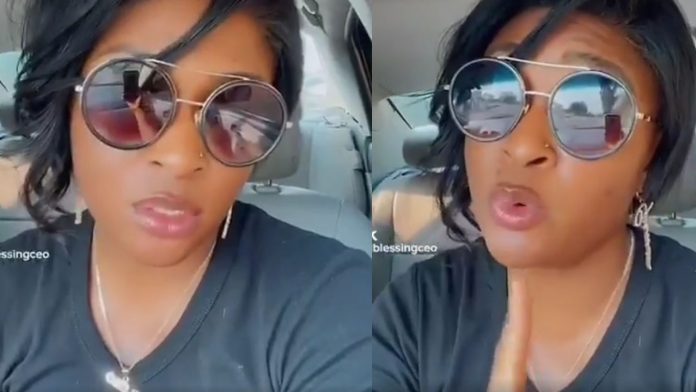 A certain lady is presently trending online for advising partners who are in amorous relationships not to reveal that secret dealings to the person because it is worth of it.

According to her, there is no need for people to be confessing for cheating on their partners because there is no categorical imperative fact to prove that indeed such a thing happens but if you do such people are not Jesus Christ and their duty is just to judge you from morning to evening and it is likely to destroy your marriage or relationship.

She thinks that if you are not caught in the act or afterwards, you must keep it shut on it because those who you intend to confess to will judge you while they are not Jesus Christ to be the judge in your life.

She stressed that you forgive yourself and move on but confessing to others will not change anything, they are not Jesus Christ, they will judge you. Learn to shut up, if you are not caught in the process of cheating on your sex partner or after the act because those you are revealing such episodes to are just going to expose your filthy and fishy activities behind the scenes to others who are not genuine to be judging people, she stated.

The fact of the other divide is that, it is not the thing of many people who are married to listen to such comments called advice during instances like that because they are glued down and stuck in their relationship and marriages due to the love they professed to one another. Her so called irrational advice attracted a lot of people talking online about which action or steps to take when partners who do not have much time for their sex partners and loving birds at home or if your partner does not have time to sexually satisfy your desires during which the person only gives spontaneous combustion of flimsy excuses as to why such satisfactions could not take place for peace and unity to prevail in the family harmoniously.