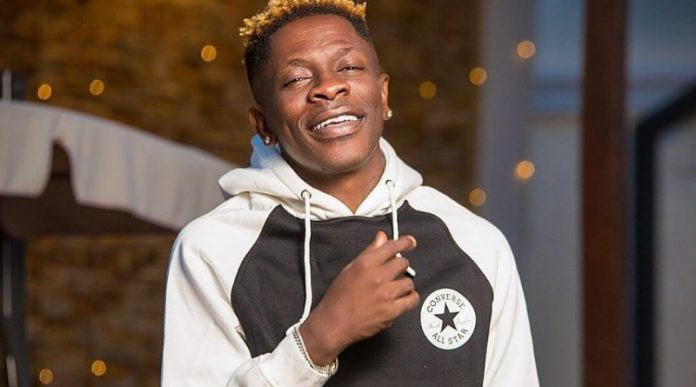 Shatta Wale has reacted to a video of his baby mama, Michy, imitating him in a manner that qualifies her to be a good impressionist.

The video captures Michy clad in coffee apparel with a green wig mimicking Shatta Wale as she sat on the front seat of a car.

Meanwhile, Michy has released some photos of herself, causing a stir on social media as people wonder who could be responsible for the pregnancy.

Shared on May 6, 2022, to commemorate her birthday, Michy, looking elegant in her orange outfit had her baby bump exposed as she touched it with both hands.

Many have congratulated her while wishing her a happy birthday.

Michy broke up with Shatta Wale years ago over claims of physical abuse. The two have a child called Majesty who is almost seven years old.