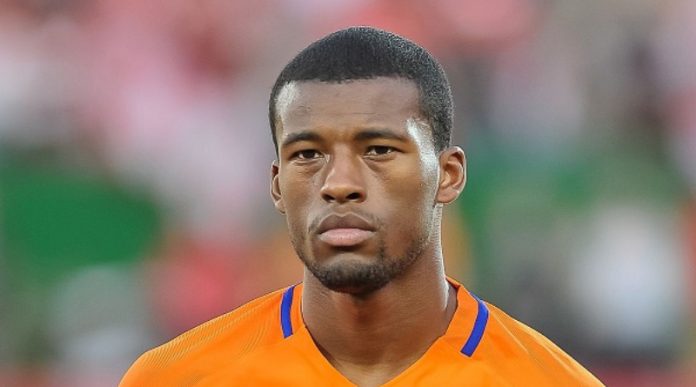 Many people looked into Georginio Wijnaldum’s history after he burst into the Dutch football scene in 2013, displaying signs of a potential worldwide star.

The Boateng surname was discovered during the background investigation. As a result, Ghanaians were eager to witness the 22-year-old in a Black Stars shirt.

However, despite having a Ghanaian name, the Dutch-born midfielder is not of Ghanaian descent.

Wijnaldum is originally from Suriname, a country on South America’s north-eastern coast where both his father and mother were born.

When his mother married his Ghanaian stepfather, he only had the name Boateng.

According to the former Liverpool player, his stepfather is related to ex-Dutch international and now Black Stars assistant coach, Geroge Boateng.

“I want to put on record that I am now Georginio Wijnaldum, not Georginio Boateng, in fact, I have been known as George Wijnaldum for four years now,” he stated as quoted by goal.com.

“Boateng was the name of my former stepfather who is related to retired Dutch footballer of Ghanaian-origin George Boateng.”

Gini then revealed that he dropped the surname after his stepfather divorced his mother.

“My stepfather gave his surname to me but after he divorced my mother I got the Boateng off my name and took my mother’s name Wijnaldum as my surname.”

Wijnaldum added, “My mother and my original father are Surinamese so people should get it clear.”

The Paris Saint-German midfielder has been known as Georginio Gregion Emile Wijnaldum since 2009 when the divorce happened.

He has represented the Netherlands since 2011. He made his debut against San Marino and scored in an 11-0 win.