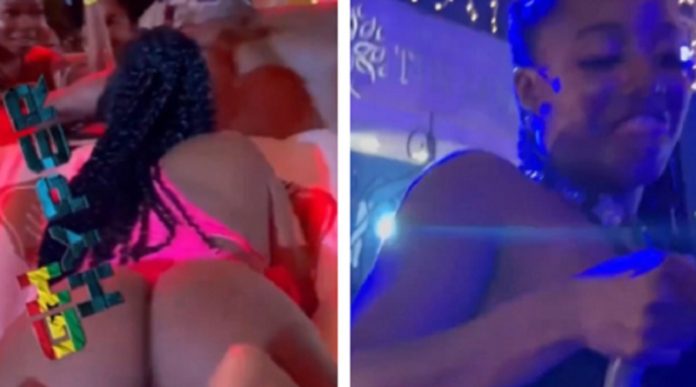 The “Ibiza in Ghana” pool rave, which was held at Cantoments in Accra, had several unusual and chaotic sights, to which internet users have responded.

Videos taken at the occasion went viral, showing a large number of people—both men and women—pouring into the pool during their nearly naked outbursts.

The women, who appeared to be enjoying the attention, were seen being touched and played with by the bare-chested men.

Women were observed grinding the men in the pool and performing twerking on the water.

Ladies who “dressed to kill”—exposing private body parts—were also seen at the red-carpet portion of the event.

This sparked some intriguing reactions from online users, the majority of whom denounced the behavior of partygoers.

However, notable showbiz figures attended the event, including Smade, a co-founder of AfroNation, and Bred and Shina Rambo, two members of Davido’s 30 BG gang.

There was also a performance from Stonebwoy, who was the headline artiste for the event.