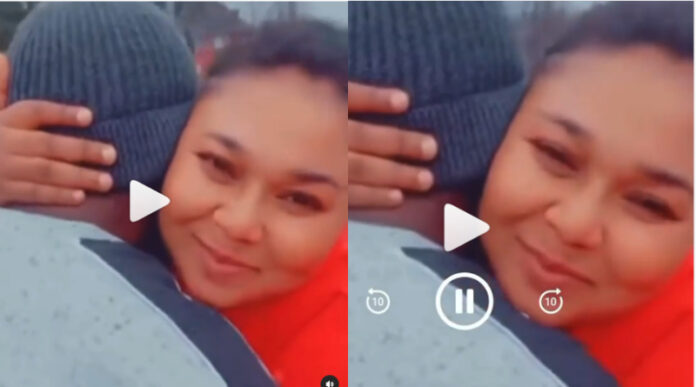 The Ghanaian actress and media personality, Xandy Kamel broke up with her husband, Kwaku Mensah Kaninja a few months ago, but now it looks like she has found another man.

The marriage ceremony between Xandy Karmel and the sports presenter Kaninja hit the rocks after Xandy unveiled that her marriage is annihilated when Kaninja returned to ask his ex-girlfriend to have extramarital affairs with her. 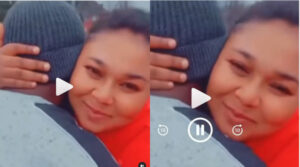 Xandy Kamel was recently captured in the United Kingdom (UK) having a good time. A video has recently surfaced online showing the actress having a romantic moment with a gentleman. The actress has embraced this young man with so much passion that her followers said that this a sign of a true love.

However, the actress refused to show the facial view of her new boyfriend. She showed the back of her boyfriend so it will be difficult to identify who he is. Reports indicate that her new boyfriend is handsome and rich than the sports journalist, Kwaku Mensah Kaninja.

Some of her fans after coming across this video said that they will like to see the face of this new guy. Others said that celebrities love to do this when they broke up men and find new lovers.