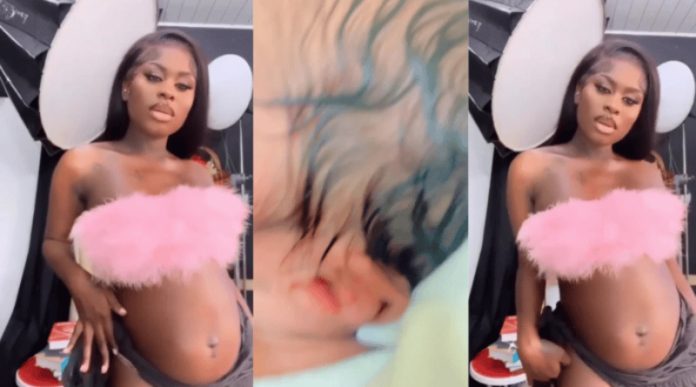 Yaa Jackson, a singer and actress from Ghana, has shared the first video of her newborn.

A few days ago, Yaa Jackson made news when it was revealed that her longtime partner had finally wed her in a traditional ceremony.

Maame Yaa Jackson was seen wearing a white short dress that appears to be fairly huge on her in a video that quickly became popular. This led some people to speculate that the “Tear Rubber” singer might be expecting a child.

The new mother recently posted a video online in which it could be heard in the background joyfully celebrating over her son’s lovely grins.

The comments part of the video has been taken over by congratulations from her admirers across the world and colleagues in the entertainment industry.

She captioned her post, “My best friend my everything❤️ thank you baby J for making me a MAMA. Blessed and grateful for you”.