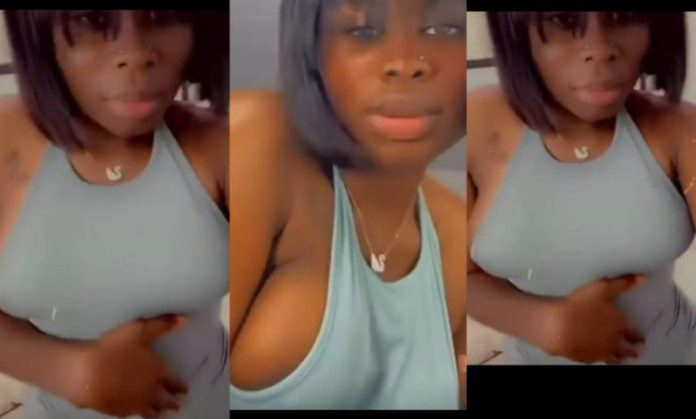 Yaa Konadu Jackson, a popular Ghanaian actresses and now songstress also known as Yaa Jackson has set up Instagram ablaze after she posted her video showing her br3ast.
Yaa Jackson, apparently, is one of the few female celebrities who prefer to show their goodies to the world without a second thought. Yaa Jackson’s new video is a clear indication of flaunting her b.00bs

The actress and now musician shows off full bre.ast and fans cannot control themselves