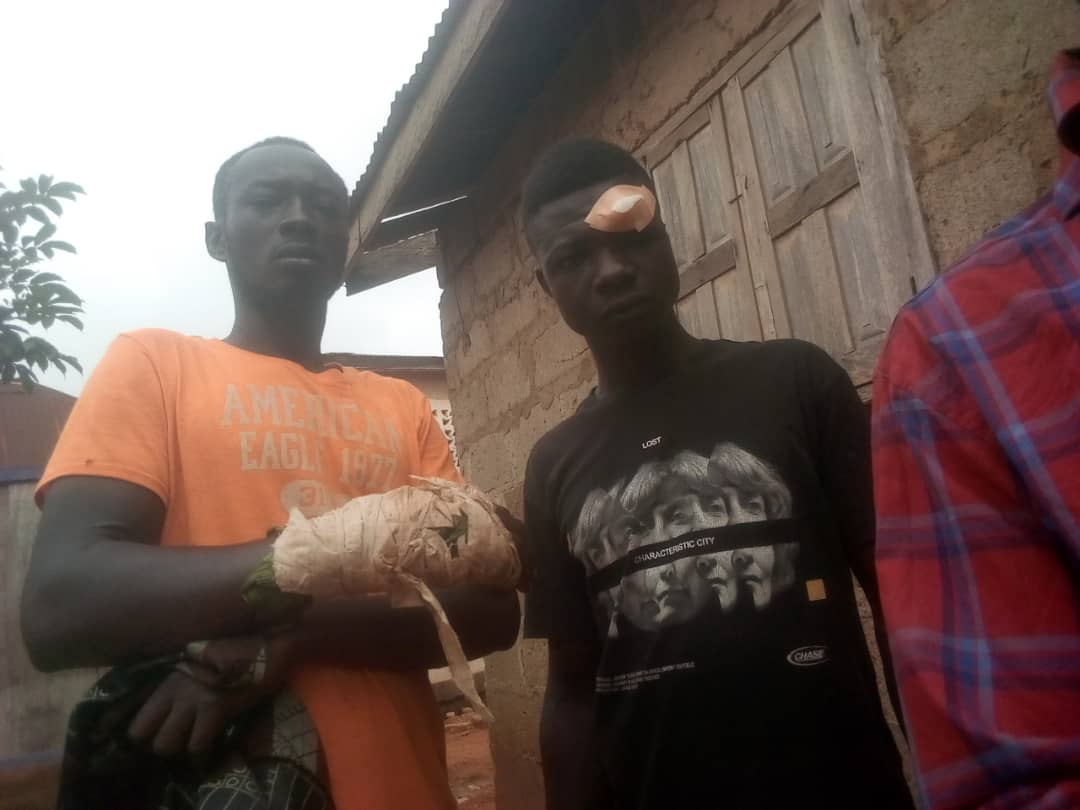 Yahuda Church Members Assault Two Men; Accuse Them Of Stealing One Bag Of Cement For Their Building Project.

Some members of a church by name YAHUDA CHURCH at Kwahu Osubeng in the Kwahu South Municipality have assaulted Davis Kwaku Atta and Samuel kwaku Asiedu, where the later has been referred to the Komfo Anokye Teaching Hospital brain examining but financial challenge is yet to pave way for him to go. Both victims were revived at the Holy Family Hospital at Nkawkaw from coma after refferals from the Kwahu Praso Hospital.

It so happened that Davis is a Mason apprentice and he and his master were keeping some bags of cement in the same place where the members of the said church were keeping theirs for their building project. To them, one bag of the cement are missing and Davis is their prime suspect. They claim that the only law they know is to assault their suspects.

When their victim, Davis had escaped death from their assault, they found Samuel with Davis the following day and they assaulted him as well. The case has since been lodged at the Kwahu Praso Police and three out of the four members of these perpetrators have since been arrested whose names were given as Yahuda Makuus, Brother and Koose. Gamay is still on the run.

The people of Kwahu Osubeng have also responded to the situation that they do not need the YAHUDA CHURCH in the town for they have evidence that one must be a smoker of Marijuana to be a member of this YAHUDA CHURCH; it is a threat to future of the youth of the town for they have won 30 souls of the youth of Osubeng. Just last Saturday on the 9th April, 2021, the YAHUDA CHURCH members openly smoked Marijuana and openly puffed the smoke on the youth and children of the True Faith Church which shares boundary with them.