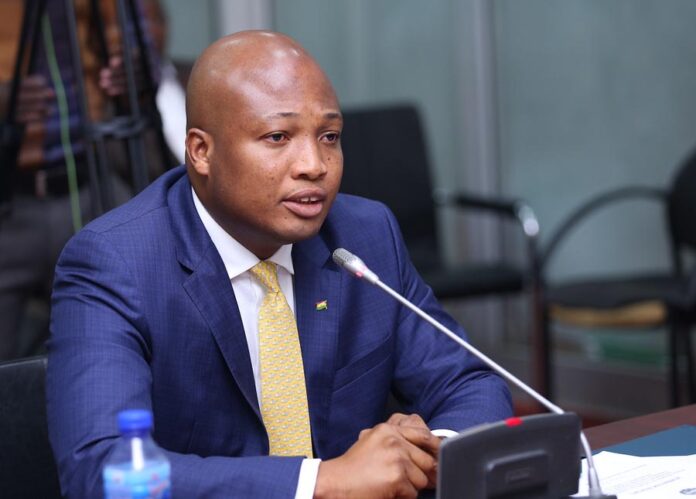 The member of parliament from the other side of the political divide on the ticket of the National Democratic Congress, NDC, Hon. Samuel Okudjeto Ablakwa, has opened told the president of the Republica of Ghana, Nana Akuffo Addo that, he lacks godly wisdom that is why he has woefully mismanaged the country’s resources.

The lawmaker in the chamber of parliament, says, Nana Addo is visionless and thus, foresight eludes him big time. The jabs coming from the member of parliament for North Tongu in the Volta region, arose at the back of the announcement made by the presidency that, the president in consultation with other ministers of state have agreed unanimously to cut down 30% of their monthly salaries respectively.

Hon. Ablakwa, who was a former deputy minister of education and information in the erstwhile eras of Prof Mills and Mahama, has jumped into the throat of Nana Addo without mercy for sleeping and wasting time with lukewarm behaviour as things have gone wayward before he claims he is on top of issues by aimlessly slashing down 30% of the executive pay.

According to him, a leader with vision and purpose, does not sit down unconcerned for things to run down before he wakes up to be asking what the status quo perhaps may be. Hon. Ablakwa stated, if Nana Addo were not to be sleeping lavishly on the mandate given him by Ghanaians, the country Ghana would not have been in a state of hopelessness and despondency.

He is therefore, calling on all discerning citizens who have this country at heart to rise up to the occasion by holding the leadership of the NPP government to account if this precious nation falls into a ditch awaiting a rescue mission from other benevolent organisations.