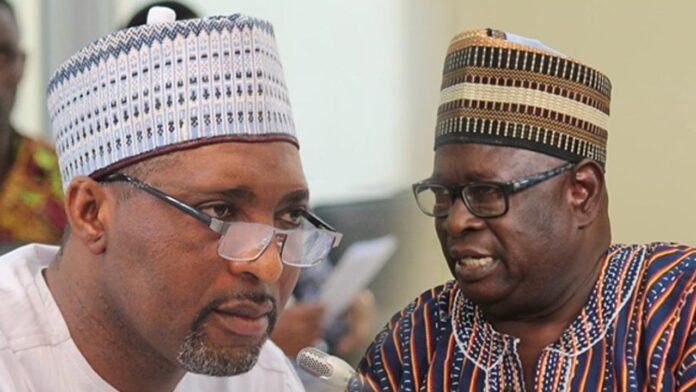 A member of parliament on the ticket of the main opposition National Democratic Congress, The NDC, has lambasted his own colleague in the same chamber for rushing with some issues bothering on the proceedings in the law making house.

The member of parliament for, Zebilla East, Hon. Cletus Apuul Avoka, has castigated his colleague MP on the same political party ticket for not reasoning cogently when the issue to drag the other members of the house who absented themselves without seeking approval from the leadership of the house was referred to the privileges committee of parliament for handling.

READ ALSO>>>>> Bagbin Has No Locust To Refer MPs To Privileges Committee – Opare Ansah to Speaker.

According to Hon. Avoka, the minority chief whip did not try at all because, he rushed on the matter without thoroughly thinking through the issue. The member of parliament for Asawase in the Ashanti region, Hon. Muntaka Mubarak Mohammed, jumped into the defence of his embattled colleagues who had been dragged to the privileges committee by filing a reversal motion against their referral for disciplinary actions to be taken against such lawless absentee MPs.

Hon. Muntaka, who is the minority chief whip in parliament, is trying to maneuver his ways into the privileges committee to dismantle the decision of the committee members to look into the matter of the MPs who have turned the house into their own private business chambers thereby taking a French leave without recourse to the laid down procedures regulating the proceedings and code of conduct in parliament.