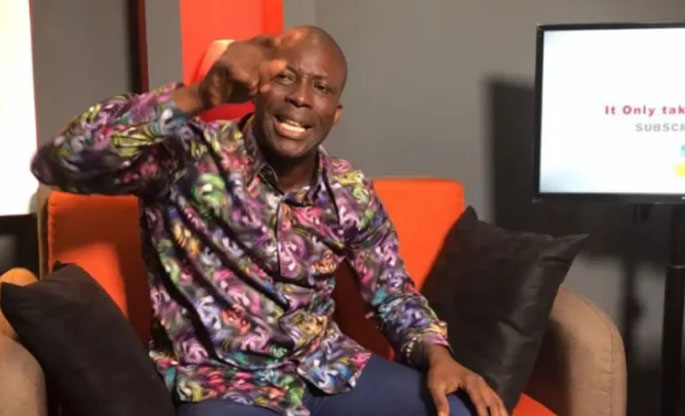 has thrown out a very daring warning to those who are always bent on casting innuendos and aspersions against the dreams and aspirations of people who are highly determined to cause positive impacts in their lives and the nation as a whole.

According to the renowned minister of the gospel of Christ, he wanted to be the next president of Ghana because that high expectation has been on his table for a very long time now and it is high time that he championed on his ambition to contest for the highest and topmost office of the land of the republic of Ghana.

He stated that, even though he is a man of God, he is not going to forgive anyone who goes contrary to what his dream is urging him to achieve in his life that is, by contesting for the upcoming general elections in Ghana which are scheduled to kick off in the 2024 where the presidential term of this incumbent president His Excellency Nana Addo Dankwa Akufo Addo finally elapses; barring him from any attempt to alter portions of the 1992 as some dictatorial and automatic presidents have been doing in other neighbouring countries adjoining their territories with Ghana.

In his personal view, he wants severe and austere spiritual curses of people most especially, the men in the country who are always speaking vile and destructive remarks against public officials as their daily activities, to suffer and experience serious consequences of having erectile malfunctioning and total impotency the moment they try to berate and chastise him for declaring his intention of vying for the presidency.

His comments have however, been considered as unethical and irresponsible taking second thought of where he is speaking from as a man of God because cursing people at the least of provocative or unprovoked and unwarranted conduct against you, it is not the christian perspective of seeking vengeance and revenge because the vengeance belongs to the Lord himself.

In Ghana, it is as if challenging for the ultimate and highest and enviable establishment of the presidency, has become a kid’s play as those thought to be far from such a tough and fierce race for the cause of becoming the president in Ghana, are claiming to be the ones to seat on the throne of Ghana.

But in a contrary view against the declaration of prophet Kumchacha that he wishes that this year he willfully challenges others to becoming the next president of the republic of Ghana, others consider his gymnastics and antics as a ploy to seek popularity on the media spaces so that he could gain more church members coming into his temple for consultations because they do not regard him as being a strong and robust force to secure the sovereign mandates of Ghanaian voters.