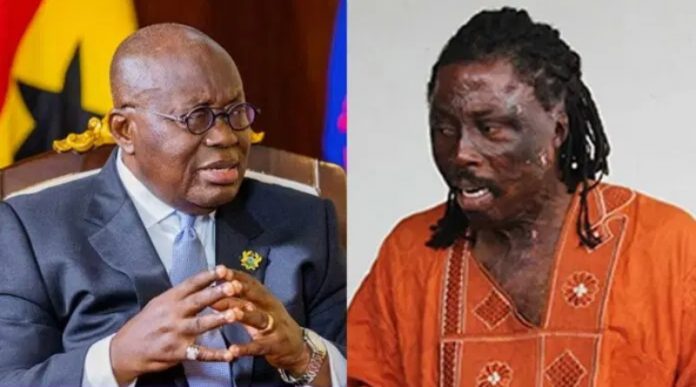 Kwaku Bonsam, a popular Ghanaian fetish priest, has told His Excellency Nana Addo Dankwah Akufo Addo that he will go to hell for lying to Ghanaians.

According to Kwaku Bonsam, Akufo Addo promised Ghanaians favorable living conditions prior to the 2016 and 2020 general elections, but his policies have proven otherwise in recent months, as Ghanaians continue to complain about problems.

He stated that Akufo Addo will go to hell because the Bible clearly indicates that everyone who tells lies will be cast into the lake of fire.

Nana Kwaku Bonsam noted whiles working as a presenter on Accra-based Angel FM that President Nana Akufo Addo has disappointed Ghanaians after referring to former President John Mahama as a thief and deceiving Ghanaians to vote for him to better their lives.