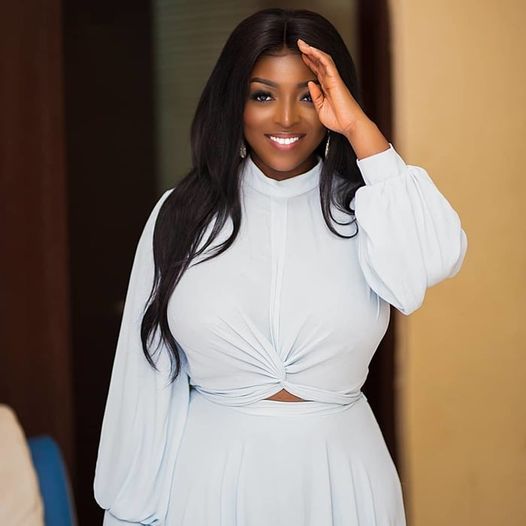 Actress Yvonne Okoro says no pressure can move her to marry.

Most of Ghanaian celebrities are heavily pressured to get married, and few days ago, Actress Yvonne Okoro comes out to say that no amount of pressure on social media or from friends would move her to get married.

The actress is one of the female celebrities who face constant questions from followers and fans on social media as well as in interviews on when she will settle down. But in an interview with Abeiku Santana on the Atuu show which aired on UTV last Saturday, April 10, the beautiful actress said the rate of divorce in the country was very high and in order not to add to the numbers, it was best to take her time and marry the right man.
“I don’t believe in rushing into marriage and getting divorced. Then what’s the point of me getting married in the first place? I want to be happy with my man who would love me for who I am,” she said.

According to Yvonne, she would prefer a man who is caring and appreciates his mother. “A man who loves his mother cherishes women and looks is the last thing I consider when choosing a man,” she stated.
Asked whether men come her way, the Single Six actress replied yes but said she was careful who she gave her heart to.

Answering questions on her supposed ‘beef’ with Yvonne Nelson, Yvonne Okoro said she was okay with Yvonne Nelson and explained that it was a small misunderstanding that happened. She denied dating musician Criss Waddle and footballers Emmanuel Adebayor and John Painstil. “You know when two mature adults meet more than once at a particular place, people draw their conclusions that they are dating but I’ve never dated any of the guys,” she stated.