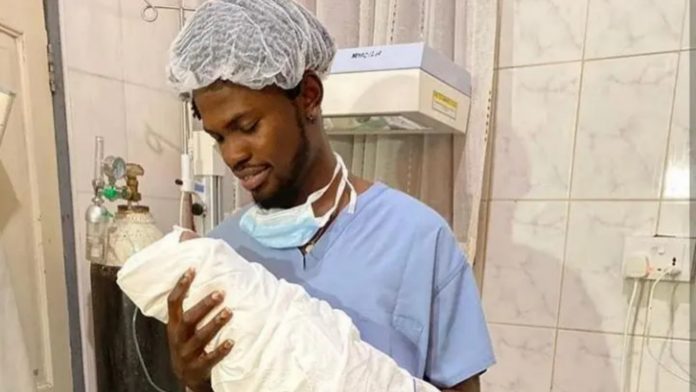 Rapper turned singer Fameye and his girlfriend have welcomed their second child but the gender is yet to be known.

The musician, Fameye who launched his new album, ‘Songs Of Peter,’ on Friday, April 29, 2022, also revealed that his lovely baby mother had given birth to another child.

Following the album’s release, Fameye stated this during a Twitter space debate named ‘The Listening Party Space’ by Ato Kwamina.

With the birth of this child, Fameye and his lovely baby mom have now had two children in the last three years of their journey.

Fameye went on to say that he wants to settle down with Bridget Agyemang Boateng, the mother of his children.