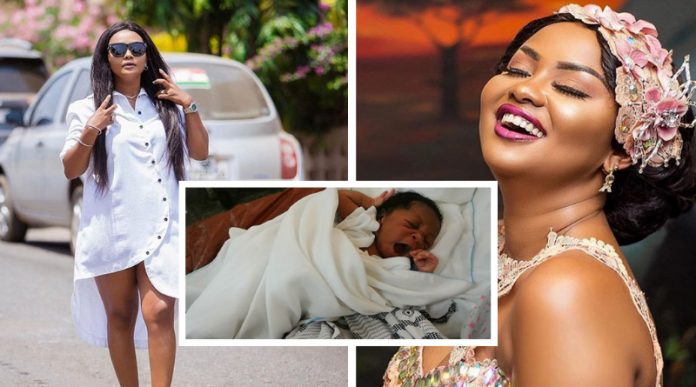 Veteran Ghanaian actress Nana Ama McBrown has hinted of her newborn twins in a new video.

In one of the videos, McBrown hinted of her naming ceremony which is scheduled for this weekend.

She jokingly dressed like a Muslim mum holding her baby whilst she delivered gist about her upcoming outdooring to a trusted friend.

Though nothing seems genuine in the video, it seems like the actress is communicating a hidden secret.

Veteran Ghanaian actress Nana Ama McBrown has made news of giving birth to twins after she suddenly went off on our screens.

The actress who doubles as the host of the popular United Showbiz Show has been absent from the show for months.

Following that, reports about her pregnancy and childbirth surfaced but she has not been able to deny the claim. She only noted that we all live to see the outcome in the near future.

Hence the rumour lingers and people are free to believe whatever they want!

Check out the video below;