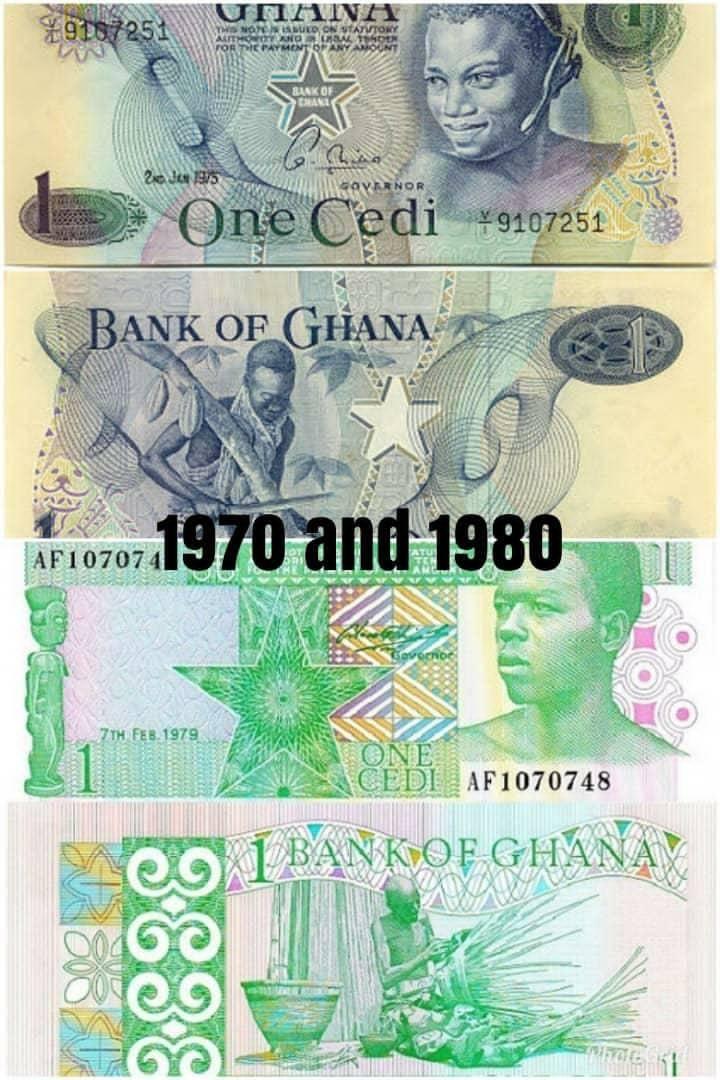 Brief History of the Ghana Currency

Introduction
Prior to independence, the issue of currency was the responsibility of the West African Currency Board (WACB). The West African pound, shillings and pence, constituted currency issued by the Board and was in circulation in Ghana until July 1958.

First Issue of National Currency
After Independence, the new monetary authority, the Bank of Ghana, issued its own currency in the form of Ghana pounds, shillings and pence on 14th July, 1958. With that issue, the Bank of Ghana formally took over the issue of currency notes and coins from the WACB.

The Birth of the Cedi
The second issue of currency was in early 1965, when Ghana decided to leave the British colonial monetary system and adopt the widely accepted decimal system. Accordingly, Cedi notes and Pesewa coins were introduced on the 19th July, 1965 to replace the Ghana pounds, shillings and pence. The cedi was equivalent to eight shillings and four pence (8s 4d) and bore the portrait of the then President, Dr. Kwame Nkrumah. The name “cedi” was derived from the word “sedie” meaning cowrie, a shell money which gained popularity and wider circulation in the later part of the 19th Century. The “Pesewa” represented the smallest denomination (quantity) of the gold-dust currency regime. The name was chosen to replace the British Colonial penny.

The New Cedi
After the overthrow of the CPP government, the military government decided to replace the existing currency, which bore Nkrumah’s portrait, with one without his portrait. The New Cedi (N¢), as it was called, was introduced on 17th February, 1967 to replace the 1965 cedi at a rate of ¢ 1.20=N¢ 1.00. The N¢ notes remained in circulation until March 1973 when it became simply known as the cedi. Adding some edited content.