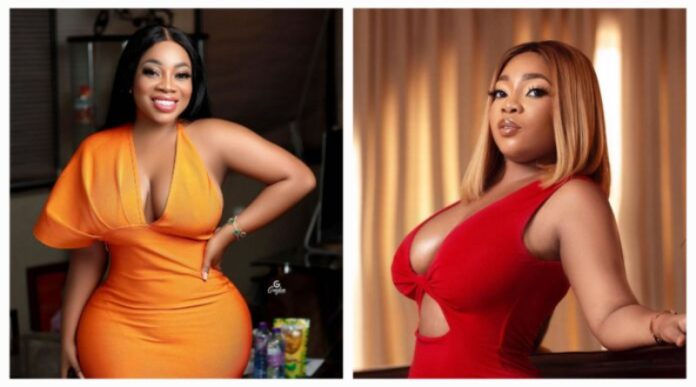 A well-known socialite has reverted to pregnancy According to Christian Moesha Buduong, she began having hallucinations after receiving a small drink from friends.

Remember how Moesha confessed her conversion to Christ less than a year ago, following rumors that she had an unpleasant incident with one of her “sugar daddies” in Nigeria.

Moesha recently claimed to experiencing hallucinations after consuming a weed-containing drug at home during an interview with Delay on the “Delay Show.”

“I had a few drinks with some friends that made me see things in a different way,” said Moesha. “All I felt was that I realized I was really seeing so many things that were not really making sense to me. And all of a sudden, I just started weeping.”

“And I felt this spirit all over my body and all of a sudden, I started feeling closer to God and God just kept making me feel powerful and special. And I just started speaking about God, called all my family members preaching to them… I just started seeing things, saying things to my family members and friends that were their real stories and I knew that God was really inside me.”

While trying to defend her actions, Moesha stated that God touched her despite her circumstances.

“The drink had hard drugs. I read something like it had weed; they just say hard drugs. Everyone that had that drink had similar reactions and everybody got better. I felt the presence of God and it’s been like that till now,” she said while stating her statement is not an endorsement of hard drugs but feels God saved her that very moment.