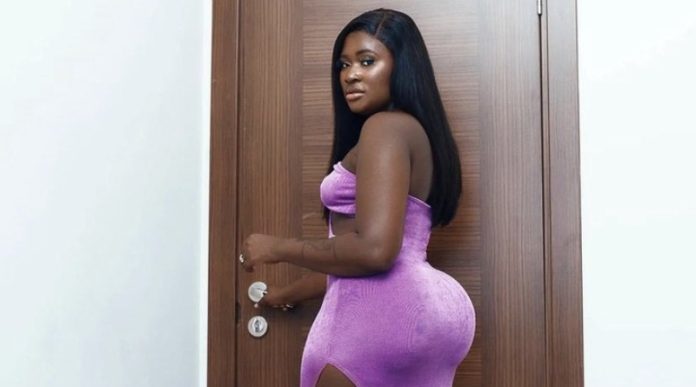 Ghanaian actress and philanthropist who came to the limelight of the globe for her role in the You Only Live Once ( YOLO), Ghanaian Television series, Fella Makafui who others refer to as Mrs. Frimpong after she tied the knot with Medikal.

Fella Makafui asked a controversial rhetorical question through a post she released on Twitter, she asked “What do Men really want?”.

It wasn’t even up to a minute before the comment section got flooded with reactions from other users. And there’s no doubt in that because social media itself is like a roadside. The reactions were from diverse perspectives. Some users said she asked a very good question whiles some also said she might be going through a lot in her marriage and don’t know how to open up.

Another user said if you don’t know what really Men want, please go and ask Black Sherif why he quoted this season as a very dark one in music entitled Soja, a track on the Vallian I never was the album.

The user continued, nothing is new on this earth. All you have to do is to hold whatever you have very well, irrespective of the errors, work around it and let the vibe flows.

Men want peace in everything. Maybe this could best answer the question of what really do Men want as Fella Precious Makafui wanted to know.

Below are some reactions: