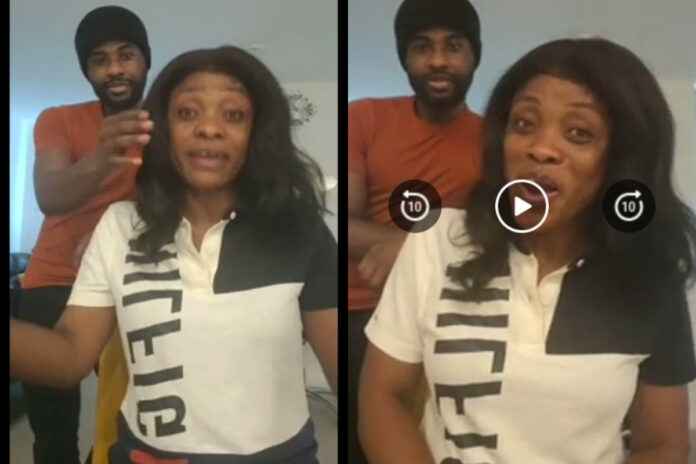 Popular Ghanaian gospel musician, Evangelist Diana Asamoah has been spotted hanging out with a young man while preaching the Gospel.

Evangelist Diana Asamoah recorded herself in a new live video preaching the Gospel of Christ to her followers, but netizens spotted a young man standing in the background.

Diana Asamoah, as many Ghanaians are aware, has recently been accused of becoming a slay queen because of her current costumes and statements.

In a Facebook live video, she was overheard saying that she is still a real believer in Jesus Christ and that she is still doing God’s work. She encourages her followers by reminding them that God works miracles in the lives of Christians at His set time. As a result, people should not lose hope if things do not go as planned.

In the process of sharing the word, the young man was seen in the video touching the hair of Evangelist Diana Asamoah romantically. The way he touched the gospel musician’s hair was soo romantic that she was seen laughing.

In a romantic tone, Diana Asamoah said this to the young man, “Let me finish preaching the word of God. Just have patience for me and let me tell God’s people what they want to hear”.

The reactions of the young man and Evangelist Diana Asamoah in the live video suggested to some Ghanaians that they might be lovers. They argued that he couldn’t be a just helper to Diana Asamoah in sharing the word of God.

He was just standing there not contributing to the sermon being preached. The gentleman was behaving like someone waiting for his girlfriend to finish doing something so he takes her out.

Some Ghanaians also said that they are genuinely happy for Evangelist Diana Asamoah for getting a life partner. 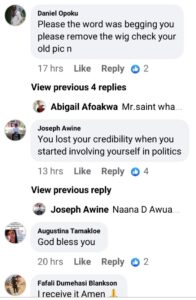 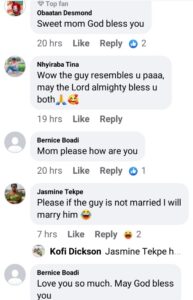