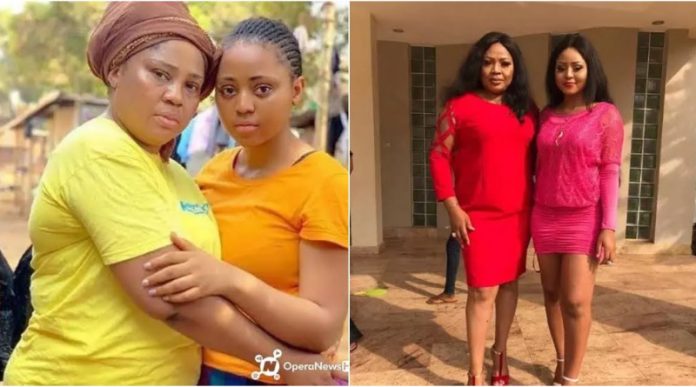 Regina Daniels, a Nollywood actress, got into an argument with her mother Rita about alleged stealing.

Despite being the wife of a billionaire, Rita Daniels accused her daughter of stealing her stuff. Regina acknowledged to stealing, but says that it is her right as a daughter to do so.

Her angry mother rained insults on her for her recalcitrant behaviour.

Regina uploaded videos of the fight between herself and her mother and begged for people to help her get her mother to stop insulting her.

“Can someone just tell my mom to stop insulting me!!!,” Regina captioned the videos.

Regina Daniels, a Nollywood actress, is clearly one of the happiest people on the globe.

While others are concerned with getting through one terrible day at a time, she is so content that she staged phony confrontations with her mother for social media replies.

Regina is wealthy since she is married to Nigerian businessman and politician Ned Nwoko.

Munir Ned Nwoko is their only kid.

According to recent reports, Ned Nwoko is considering marrying another woman, but we have yet to see if this is hurting Regina.

On the subject of Ned Nwoko, he recently won an election in Nigeria, which explains why the entire family is in such good spirits.