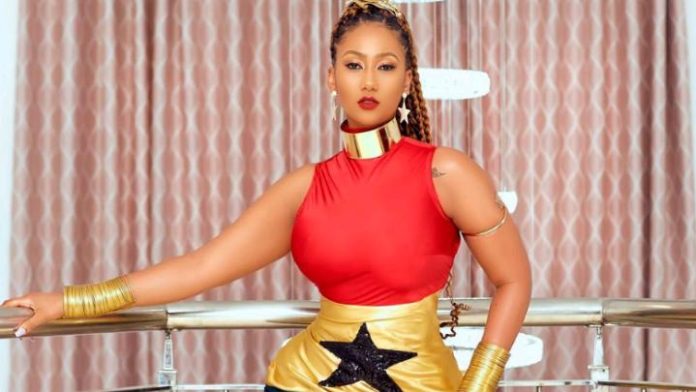 Stephen Mingle, a.k.a. GyHyper, the public relations representative for Mona Faiz Montrage, also known as Hajia4Real or Mona4Reall, has made fun of Ghanaians for spreading false information about the socialite.

The writer observed that Ghanaians are disseminating false information rather than promoting the artist’s music in a post he uploaded on Instagram.

He also counseled Ghanaians to stop trying to undermine those they see succeeding in life and instead learn to value their own.

“This is what you haters should be promoting instead, you chose to celebrate fake news. Ghana, let’s love our own regardless oo.

“That PHD attitude in Gh [Ghana] is becoming too much. You see a person rising then you guys develop serious hate for the person,” he shared.

Montrage’s post comes after it was reported that the musician was involved in an eight-million-dollar fraud while living in the United States of America before moving to Ghana.

She topped Twitter trends on November 12, 2022, after her alleged arrest was made.

While numerous Ghanaians have taken to the micro-blogging site to share their viewpoints, one can’t take their eyes off the many reactions by users.

In some social media reactions, one celebrity blogger disclosed saying, “Hajia 4real alleged boyfriend picture drops, according to reports Hajia photos were allegedly used to scam victims which lead to her arrest in the UK. A report also claims she was engaged in an $8 million fraud.”