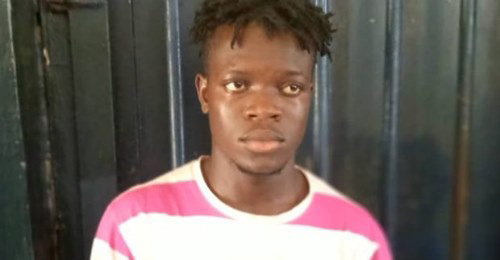 19-year Old Boy Stabs Elder Brother To Death At Effia. Francis Esson, a 19-year Old Boy, resident of Effia in the Effia-Kwesimintsim Municipality of the Western Region is in the grasp of the police for apparently stabbing his elder brother, Emmanuel Ato Simpson, 21 to death.

The unfortunate incident which happened on Sunday, occurred during a struggle that bevelop between the two. According to eyewitnesses, the two brothers were spotted earlier on, on that fateful Sunday at a car washing bay at Effia engaging in some verbal exchanges. The eyewitnesses indicated that it was however, not clear what the issue was about.

They however, claimed that in the process, Francis Esson pulled a knife and stabbed his elder brother in the chest.

The Police PRO disclosed that one Christopher Mensah of Effia accompanied by other six boys from Effia got busted and sent the suspect Francis Esson to the Effiakuma police station.