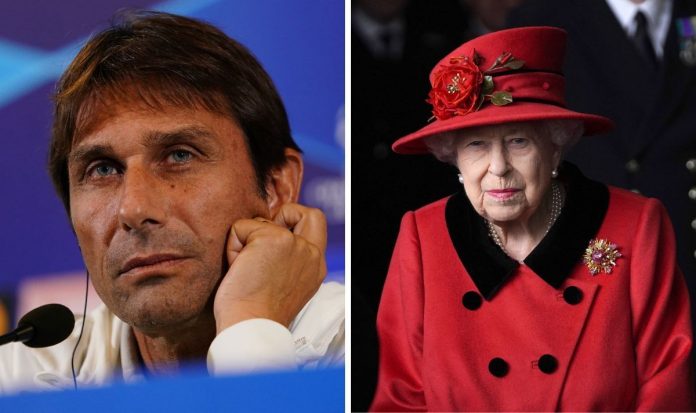 Antonio Conte has revealed he went to Buckingham Palace following the death of Her Majesty Queen Elizabeth II.

The Queen, who ruled for longer than any monarch in British history, passed away at her residence in Balmoral, Buckingham Palace on Thursday, September 8.

All football matches were called off at the weekend to honor the Queen’s “extraordinary life and contribution to the nation, and as a mark of respect”.

“For sure what happened in the last few days in England is something extraordinary. Unfortunately, the Queen died,” Conte told reporters.

“Honestly, on Thursday, we were all sad because we are talking about a person whose service for this country was outstanding. I think that at this moment there is big sadness in the country for this and [I was] living this atmosphere in London.

Conte wore a hat to disguise himself as he laid flowers at Buckingham Palace with his brother Daniele.

The Italian paid tribute to the Queen and says the events of Thursday will be a moment he remembers for the rest of his life.

“I want to give condolences from me, from the club, from the players to the Royal Family,” continued Conte.

“Then football has to go ahead and we will do it, but I think the Premier League made an important decision to stop football and show respect for the death of the Queen.

“She was 96 years old and honestly for me, it was very difficult to believe she was dead because in your mind you think that the Queen was immortal. To live this situation in London, in this specific moment, for sure I will keep this in my heart, in my mind for the rest of my life.”