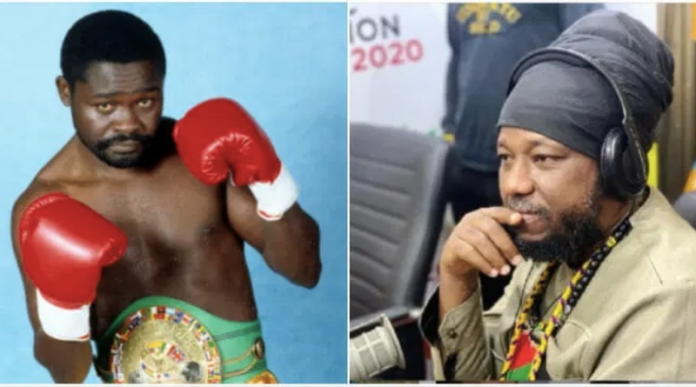 Blakk Rasta, a Ghanaian reggae sensation, has stated that if he had the power to change one thing in the country, he would abolish boxing.

Boxing, according to Blakk Rasta most known for his song “Barack Obama,” is a primitive sport that should not be viewed or participated in.

The artist claimed on Citi TV’s “Upside Down” that the sport was introduced to blacks by whites so that they would fight and harm each other while they (the whites) enjoyed themselves. Nana Tuffuor and Freda Adunyame were there while this was addressed.

“Within the first hour of my administration, I will put an end to boxing in this nation. It is a kind of barbarism. Why are you becoming so violent against one another? he inquired.