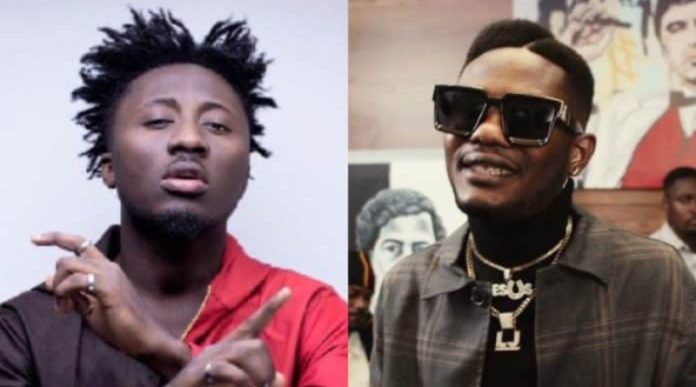 Amerado had previously won the same accolade at the 3Music Awards and was hoping to repeat the feat at the VGMAs.

After the awards, many have deemed Amerado the rightful recipient of the award. Many believe the “Abotre” hitmaker had worked so hard and was in pole position to win the award.

This has resulted in both rappers throwing subliminal shots at each other over who is the best. First, it was Amerado who sent heavy punches to Lyrical Joe, Strongman, Sarkodie et al.

As a result, Lyrical Joe has sent a slapping reply to Amerado in a rap freestyle. He dragged Amerado’s self-sense of superiority and rubbished his craft.

According to him, Amerado is a sub-par rapper who could not even lace up his shoes. He asked the Kumerican rapper to mute himself and bow to his supremacy…which according to him won him the award.

Check Out Freestyle Below: