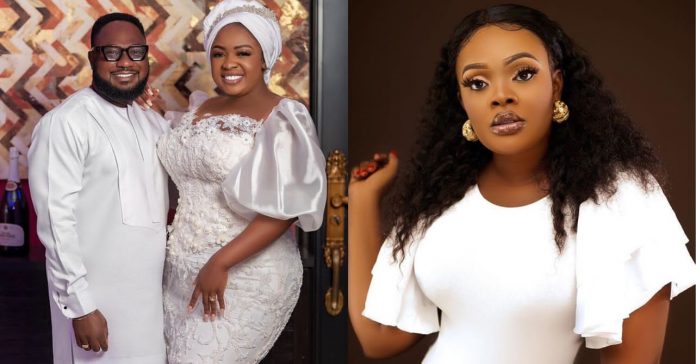 The actress Bernice, a friend of Tracey Boakye and an alleged ex-girlfriend of her husband Frank Badu, has claimed to have a confession to make, and we’re curious what it is.

Bernice was rumored to have been in a relationship with Frank Badu before he married her friend Tracey Boakye, but Tracey included her on the bridal team, which got most people talking.

Bernice has piqued our interest with her post claiming she has a confession to make but then adding that she wants every blogger to be on her page, leading us to believe it’s all for clout.

Bernice’s confession is one we are all watching because most of us are curious about the relationship between her, Tracey Boakye, and the husband, even though we doubt she will say anything about it. 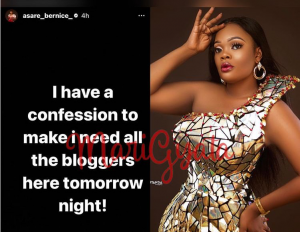