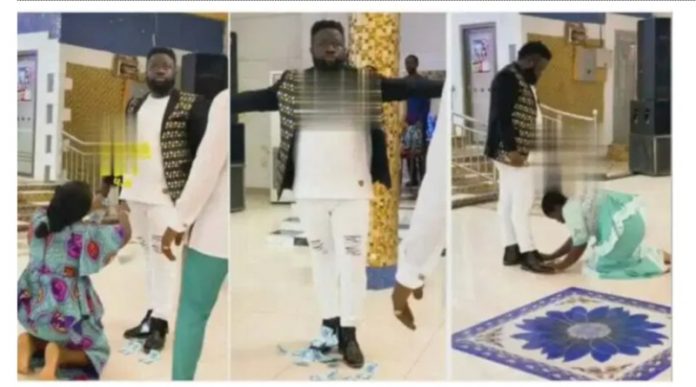 On social media, a video depicting how religion has imprisoned people’s thoughts has surfaced.

The pastor, dubbed a “Mafia Pastor” by some online commenters, was showered with money by churchgoers, who then hugged him to receive spiritual blessings, as shown in the video.

This was after they knelt down and worshipped him at his feet.

The members are immediately sent into the realm of the spirits by the pastor, whose hairdo and sense of style, in the eyes of internet users, seriously cast doubt on his character as a true man of God.

His assistant pastors can be seen keeping any congregation members who might stumble as a result of the spiritual impartation in their hands.

The video has generated conflicting reactions on social media, but there is a consensus that religion has done more damage than good to humanity, particularly Africans.