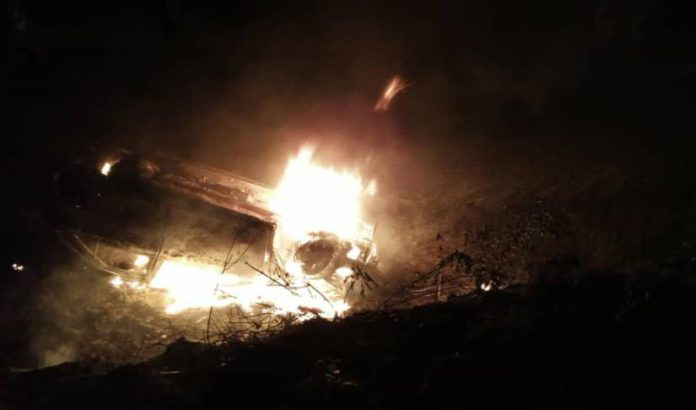 The Eastern Regional Police Command says it will deal ruthlessly with individuals who will take the law into their own hands in the region.

This warning comes in the wake of disturbances at Amanase, after some youth in the area set ablaze a vehicle belonging to a traditional priest they accused of trying to abduct a child for alleged money rituals.

The youth also attacked the house of their Gyasehene where some suspects were being held to be handed over to the police.

They also destroyed a vehicle assigned to the Kibi Divisional Police Command.

According to the irate youth, their action is a way of expressing their anger at the priestess who they say has tarnished the image of the community after she was arrested in connection with the suspected ritual killing in Kasoa.

He however warned that anyone who tries to disturb the peace of the area will be dealt with in accordance with the law.

“I want to appeal to the youth especially the people of Amanase to allow cooler heads to prevail because you cannot just accuse another person of being part of a gang of ritualists who have been killing people without basis, and take the law into your own hands.”

“Even if you suspect them at all, arrest them and hand them over to the police for us to investigate, but to plan on taking somebody’s life without a cause is uncalled-for and if they go on that tangent, the police will not take it kindly with them.”