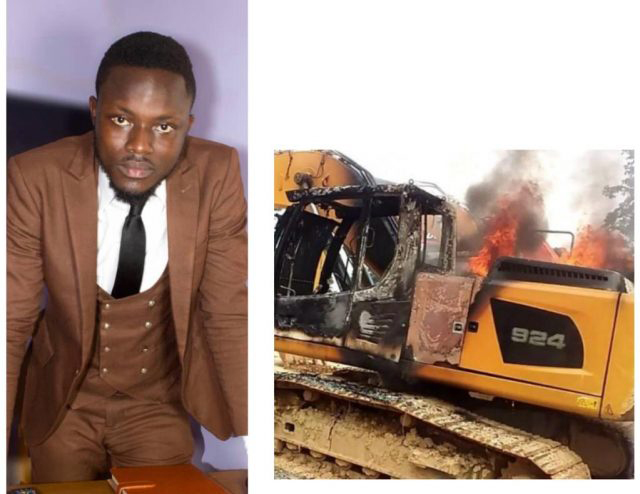 Galamsey excavators useful to the state, don’t burn them.

Utilizing the excavators seized from illegal miners could present part of the solution to the yearly flooding issues, according to Political Activist Emmanuel Abankwah Kesse known as Olumanba.

He said these excavators could be used for dredging the drains in municipalities that struggle annually with floods than setting them ablaze.

“As we seize the equipment from the galamsey people, rather than burn them or leave them to rot in various areas, bring them down. They might help us to dredge our areas and do it comfortably,” he added.

The anti-illegal mining and anti-sand winning task-forces are known to seize excavators and other heavy-duty equipments.

On some occasions, they are reported to have set such equipment ablaze.

Most recently, some soldiers set fire to 14 tipper trucks and an excavator used for sand winning in the Dalun River.

Although the president of Ghana Nana Akufo-Addo last week has deployed 200 military personnel to flush out illegal miners destroying water bodies in the country as part of government’s actions to fight illegal mining.

However, Olumanba further explained that the seized excavators can be used for our road constructions which can also be equally rented out to generate revenue income for the state.