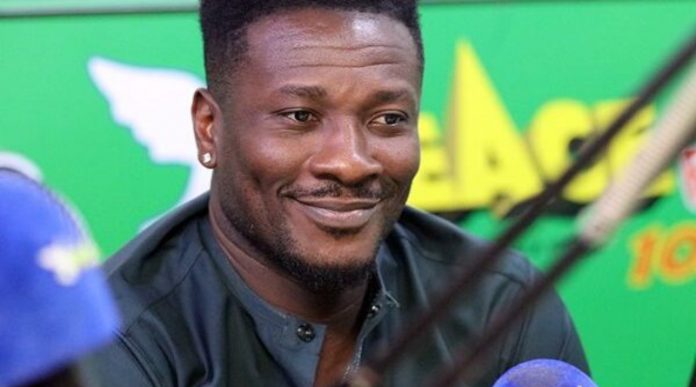 Asamoah Gyan, a former Black Stars captain, is hurt by what he terms the hypocritical attitude of Ghanaians, who he claims haven’t done much to recognize his football accomplishments.

His assertion that his compatriots do not brag about his accomplishments until foreigners try to “take” a slot for an international footballer is supported by the constant barrage of personal attacks he receives on social media sites.

In an interview with Dentaa, the 36-year-old said that Ghanaians should be aware of his significant football accomplishments and that he is an idol.

Years after playing for the national teams, he was asked if he thought Ghana had praised him enough, and he answered without hesitation, “Nope, I don’t think so.”

“There are a lot of people who come on social media to disrespect me. They say a lot of things but they know the truth. One thing about Ghanaians is they know the right thing, instead of them putting it out there, they will not do it. But when foreigners praise theirs, that is where they [Ghanaians] bring their star to compare,” Gyan said.

Citing an example to buttress his point, Gyan mentioned that he was the first player to have scored in nine consecutive tournaments but that enviable record was never blazoned by Ghanaians until Cristiano Ronaldo did same in June 2021. Gyan’s bane was why it had to take an attempt by foreigners to crown Cristiano Ronaldo as a record-holder in that regard before Ghanaians acknowledged him.

“When Ronaldo scored, they [foreigners] put him there that he was the one who has set that record and then Ghanaians started attacking. They know the truth. Why didn’t they say it for people to know? When people start praising their icons, that is when they [Ghanaians] come out and say ‘we also have Asamoah Gyan’.

“In my own country, you see people disrespecting me, creating a lot of stories about me which I feel like it’s not it. So, when I see people defending me on social media, I just say ‘look at these hypocrites’” Gyan concluded.

Asamoah Gyan is the all-time leading goal scorer of the Ghana national team, with 51 goals. He is also the top African goal scorer in the history of the World Cup, with 6 goals.

Meanwhile, Asamoah Gyan has said he is training in preparation for a possible World Cup 2022 appearance. The announcement has courted conversation, dividing opinions. Why some posit that he is better than all the strikers Ghana has and hence, should be handed a call-up, others say he has become rusty, hence, unfit to wear the national jersey.