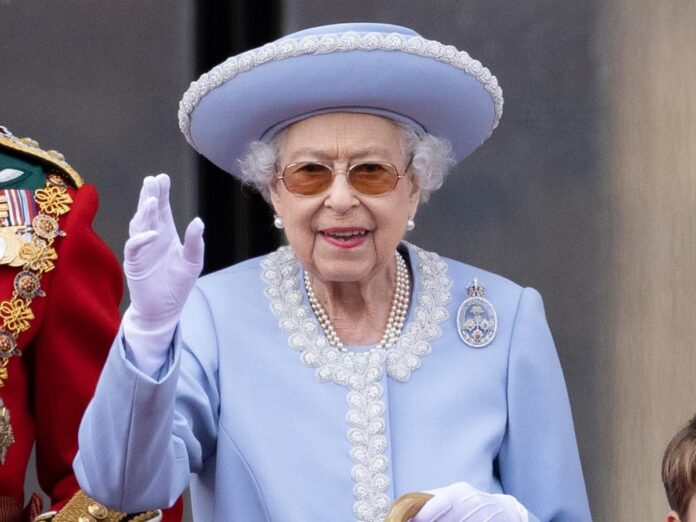 In this thought provoking episode, majority of Ghanaian nationals may either endorse or reject the entire argument contained in this view expressed by the writer on whether, the former Queen Of Britain, Gracious Queen Elizabeth 2nd, merits an occasion of a national celebration in Ghana or not after her sudden transition to an eternity.

Ghana as our beloved mother land, gained an independence from the British Colonial rule during the reign of Queen Elizabeth 2nd even though there might be some sort of difficulties in emancipating Ghana from the governorship of British authorities, there is the room for gratitude to be expressed by Ghanaians being headed by this incumbent regime.

I was no where near the time of securing an independence from the British, because I was not borne by then, but I do believe that, Britain did a lot for Ghana and will continue to do more towards the development of our dear country, Ghana.

When the former first president of Ghana, Dr. Kwame Nkrumah was leading the charge in his struggle to gaining an independence from British Colonial regime, a few Ghanaian individuals still do believe that; there were numerous lackadaisical attitudes on the part of the British colonial masters because, they thought of having control over our country even though, Dr. Kwame Nkrumah and his forces were fervently pursuing the agenda of our total liberation.

Due to convictions mounted arguably or inarguably necessitated by their unreadiness to grant us emancipation proclamation to the world after many years of their upper hand on our neck with much resistance by Dr. Kwame Nkrumah and other leaders, but at long last, our country is free for every since then till now.

Ghanaian nationals gained an independence from British Colonial authorities on: 6th March, 1957 in a mammoth declaration of liberty by the first ever president of Ghana, Dr. Kwame Nkrumah after countless years of struggles just to liberate us from their influence on our nation.

To “let the bygone be bygone”, barely four years after Ghana finally gained an independence from Britain, the now departed Queen Elizabeth 2nd who unexpectedly kicked the bucket during the late part of last week, was the very revered monarch on the throne before we Ghanaians secured our total liberation from the British Colonial regime during which, she personally paid a courteous visit to Ghana in 1961 of which Dr. Kwame Nkrumah then alive, was highly elated to behold her natural elegance and amiable beauty to the admiration of all and sundry present on such a rare privilege accorded our country whilst other nations were yearning for same but, willingly, Queen Elizabeth 2nd chose our country over replete reasons given by other countries as to why she must accord them with the same classical sense of international recognition.

The visit that the most adorable Queen Elizabeth 2nd paid to Ghana at that time in the history of our mother land, was not only historical but also, an eye opener which tells the world still that, Ghana is a nation with well cultured and civilised people with respect to the rule of law.

If anyone could base his or her argument on the hypothetical assumption that, the Ghanaian leaders at the juncture of gaining an independence for Ghana from the British Colonial masters, suffered and laboured hard and due to that erroneous impression, Ghana does not need to celebrate the mother to the whole world, then, let the thoughts of such an individual suffice while ignoring the successes chalked by Ghana during the reign of Queen Elizabeth 2nd who devotedly, was the first ever world leader and for that matter, a monarch to put Ghana on the world map during her startling visit she paid to Ghana.

The arguments or views echoed in this piece, perhaps, may not be cogent, formidable and salient enough for some individuals to embrace the fact that the Queen deserves a national celebration in Ghana, such an individual should bear it in mind that, “he who knows how to wash his hands, it is he who dines with kings” and he who associates himself with the lion, eats meat but, he who associates himself with a goat, eats a grass.

The adage usage becomes necessary due to the reason that, showing signs of gratitude and utmost appraisal at the least opportunity granted onto your bosom graciously, must be highly appreciated wholeheartedly without any shred of ambiguity.

Our current leaders are the ones who are at the helm of affairs governing the country and thus, the onus lays on them to decide what is to be done next as a way of showing our final respect to Queen Elizabeth 2nd who admirably, reigned on the Throne for seventy years and passed away at the age of ninety six.