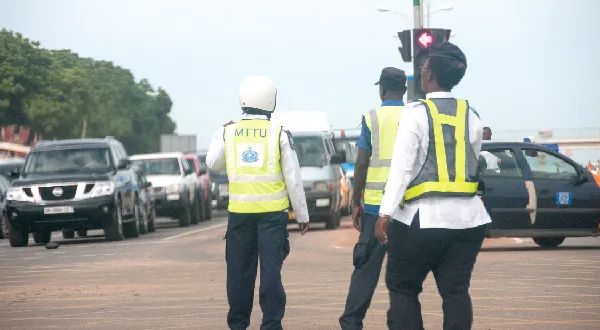 Life is a priceless and invaluable commodity that if care is not taken, could be lost without a replacement though others may hold the view that, it is counted upon everyone to die once but not through any ghastly spectacle.

As the year draws closer to an end, some drivers are beginning to show off themselves in the streets due to the unavailability of the Motor Traffic and Transport Department officers who have been mounting surveillance on how drivers conduct themselves when they are on their steer.

The crime rate in the country currently, is on the ascendency even though the police hierarchy has a contrary assertion to that. Hardened riffraff rascals who have metamorphosed into notorious armed robbers are also taking an advantage of the absence of those gallant police officers who have been trained and equipped adequately, to support and help those who use the roads on daily basis. But suddenly, the visibility of those professional police officers who have been specially trained in such activities is no longer being seen on the roads which are making sanity and orderliness on our highways and other major road networks scarce.

Within the next three months, Christmas approaches, and many across the length and breadth of the country would be traveling far and near in their quest to celebrate the festivity and have a family reunion with those that they might be having some kind of internal wranglings with or any form of acts that may cause instability and misunderstanding between them so that they iron out their differences amicably and that is why, the police administration, must proactively, deal with the issue of dispatching such individual members aligned to their various offices to as a matter of an urgency, prepare the ground towards the yuletide so that they could forestall any unforeseen eventualities.

A recent research report indicated that road accidents that are happening in Ghana presently, are mainly caused and instigated by drivers who have been so-called trained by faceless driving schools in the country and not those who were trained with individual hands and skills.

That harrowing incident revealed by the same police department must be a wake-up call for all and sundry to briskly demand, swift and drastic actions be taken as it were, curb totally, the high level of carnages being seen on daily basis.

During the era of Mr. Anwubutogwe Awuni, who was the then head of that department, the visibility of the police officers’ presence, was felt significantly with the accolades going to the entire cause of the police administration but now, nothing of that sort happens and due to the negligence and dereliction of duty, some people are just leaning on their stipulated mandates that, something tragic must occur before they wake up from their slumber and we the concerned citizens, must not in any way, allow such reckless and irresponsible attitudes to determine our next line of actions.

The other coin of the issue would be, that there are people who do not fear death because of how ruthless and malevolent they are in their various hearts but that does not mean, those of us who are touched by the plights of our citizens, should sit down aloof and fold our arms and allow people with one logic thinking step approach to determine how exactly things play out in Ghana when it comes to our safety and security in general.

I do not believe there would be any thoughtful reason as to why endangered species who have turned into wild criminal gangs will continue to be unleashing mayhems on people in broad daylight if the presence of the MTTD Officers is felt on our streets nationwide.

Ghanaian people much not countenance any flimsy excuses from the police officers as to why their presence is not being felt either on the ground of logistical reasons or whatever because, the current president himself, presented unprecedented motorcycles to the police administration to ease their routine activities.