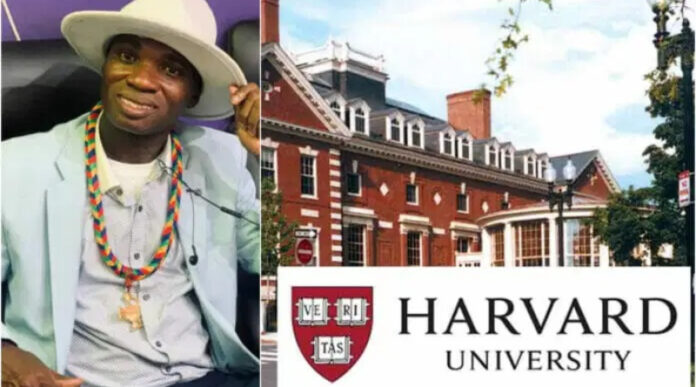 Harvard University in Cambridge, Massachusetts has refuted reports that controversial socialite Dr. Un is included in the school’s directory.

However, Abdul Karim Ibrahim, a journalist with Class FM Accra, took it upon himself to write to the school to confirm Dr. UN’s assertion. As it turned out, the school had no information about Dr. UN.

The journalist wrote in his email, “I should be grateful if your office could corroborate whether indeed Dr. Kwame Forjour (Wayne Winston) graduated from Harvard Kennedy School with a Ph.D. in 2010.”

In response, the management of the school replied, “Thank you for contacting Havard Kennedy School with this request. We do not find any record of this person having been admitted or graduated from Harvard Kennedy School….”. 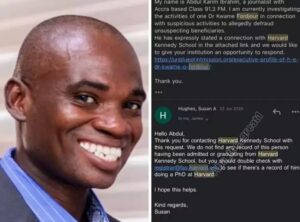