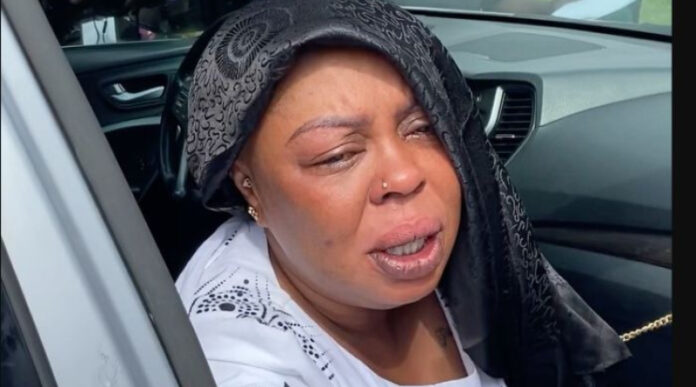 Television personality, Afia Schwarzenegger, born Valentina Nana Agyeiwaa, has said that she meant no malice to the Chief of Staff Frema Opare in her video that earned her insults.

According to Afia Schwarzenegger, she was being sarcastic after the Chief Of Staff failed to show up at her father’s funeral although she invited her.

She said she recorded the video claiming the Chief of Staff had supported her during her trying times and had donated an amount of GHC 50,000 in the presence of 30 people who were aware she was just “fooling around”.

However, the video did not sit down well with some foot soldiers of governing New Patriotic Party who are peeved with especially the leadership of the NPP.

“I was being sarcastic in that video. Even in the Ashanti tradition if you invite someone to your funeral and he/she does not attend the funeral you still have to thank the person. What I did was to thank her and also let her conscience deal with her for not coming to my funeral and accepting my thanksgiving.

I didn’t do it with the intention that it will make foot soldiers angry. Even after sharing the video, Protozoa who is the Personal Assistant to the Chief of Staff called and asked me not to apologize and that it will die a natural death. However, that was not the case. Later they issued a rejoinder when matters were getting worse.”

It could be remembered that the Chief of Staff Frema Opare was dragged on social media by some members of the NPP over Afia Schwarzenegger’s claim that she donated GHC 50,000 to support her father’s funeral.