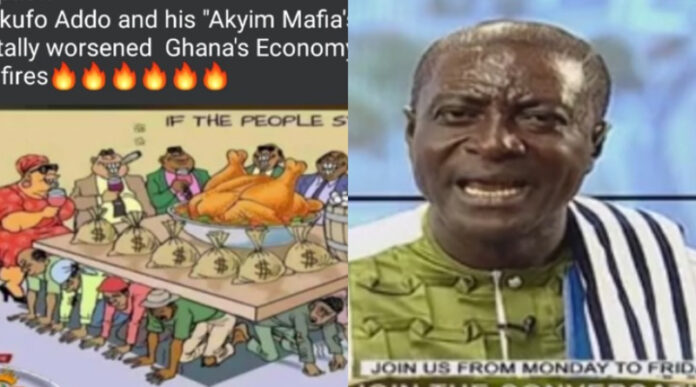 Captain Smart who is one of the outspoken journalists we have in the country again has dropped another cartoon video following the list of names who have collapsed the economy of Ghana for their benefit.

All the wishes of every Ghanaian are that the government should find a way to stabilise the economy and also eliminate corruption because the embezzlement of funds has become rampant in the sense that they can’t even account for the money used for the government projects which is overwhelming.

In the video, Captain identified all the people one by one by addressing the reason why they were grouped in a cartoon form.

As said by Captain Smart the fat lady at the first seat in the video is Ursula Owusu followed by Gabby then the rest follows.