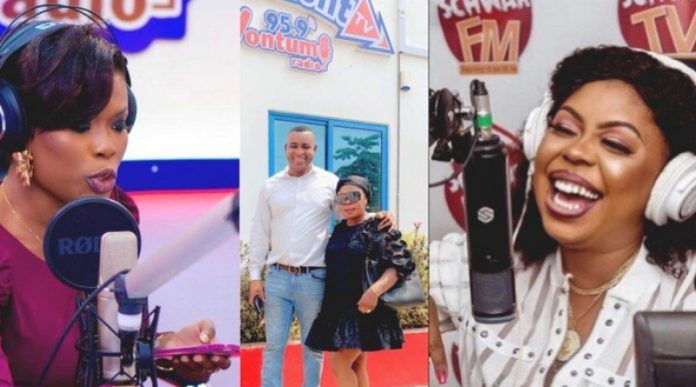 Chairman Wontumi has been butting Afia Schwarzenegger since he hired Delay at Wontumi Radio, over her protests.

She first claimed she couldn’t be bothered if a job she turned down went to someone else.

Then she came back to say that Wontumi had never offered her a job in the first place and that the amount of money she would charge to work for someone would be enormous.

Then replied the shade and referenced the much mocked big mouth of Afia Schwarzenegger.

This punch was so heavy, it forced Afia Schwarzenegger to quit supporting Chairman Wontumi’s to offer her full support to Odeneho Coka in the Ashanti Region NPP chairmanship race.

Afia Schwarzenegger was very close to Chairman Wontumi but as to whether she ever dated him, only the two can tell.