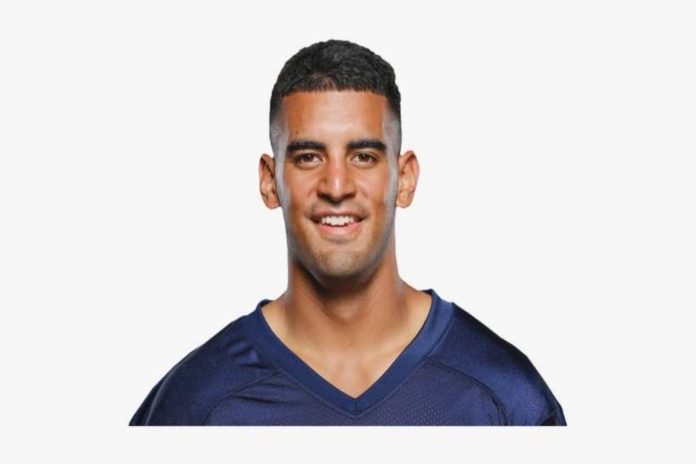 Marcus played collegiate football for Oregon, where from 2012 to 2014 he served as the team’s starting quarterback. He began his career playing football for the Tennessee Titans in 2015 after being selected second overall by them in the 2015 NFL Draft. In 2020, he joined the Las Vegas Raiders.

Marcus Mariota is married to Kiyomi Cook, his high school sweetheart. The pair married on the Hawaiian island of Oahu. Kiyomi is a soccer coach and lives in Nashville with Mariota.

However, details like her date of birth, age, parents, siblings, height, weight, and ethnicity are not known.