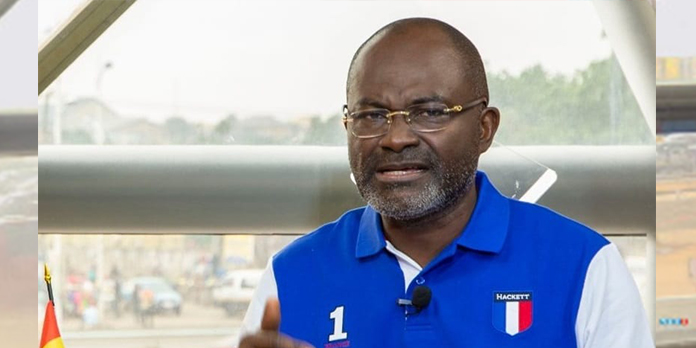 “Marry Your Job, Women Will Leave If You Don’t Have Cash” – Kennedy Agyapong Advises.

Member of Parliament for Assin-Central, Kennedy Agyapong has advised young men to focus on their dreams and aspirations and deal with love-life later.

He said this on The Seat – a current affairs show on his TV station.

The law maker asserts women are likely to leave men who are not financially stable hence it is only wise for young men to grind in their prime and make money.

“A woman will leave if you don’t have cash. Take it from me. If you are not serious about your job and plan about it every morning, your business will collapse.

“Marry your job and when the money starts coming, your wife will see you as a serious man. Some of these Ghanaian men, when they make small money they want to compete with guys like me.