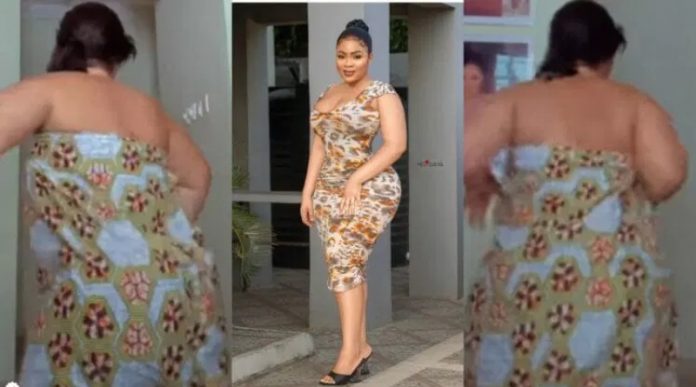 Kisa Gbekle, a Ghanaian actress and entrepreneur, has boldly showcased her ethnic history through a one-of-a-kind dance.

Kisa Gbekle was seen dancing to Edem’s latest hit “Mon Cheri” in a self-recorded video posted to her Instagram profile.

The bubbly actress decided to go the traditional way by dancing “agbadza” ( a local dance known to only ewes).

She shook her big bortos and whined her waist to her thirsty audience.

A few months ago, Kisa Gbekle revealed in an interview with Delay that she used money from her football team to do a liposuction.

Watch a video of her dancing below;