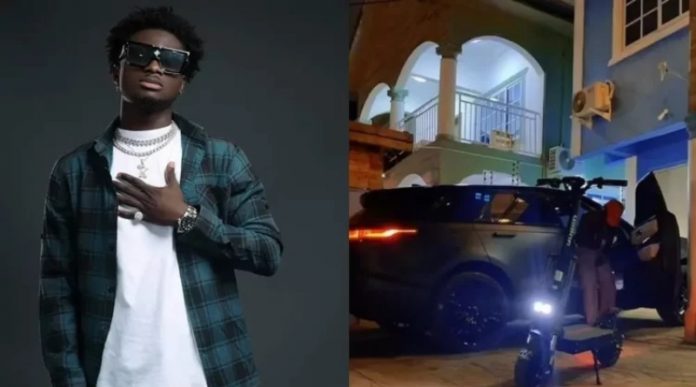 Kuami Eugene of Lynx Entertainment has a new smash song called “Take Away.”

Kuami Eugene – After the weeks of the song barely a week ago, it has been doing so well on all the streaming platforms and garnering the needed numbers for such a dope song.

The award-winning singer has also been working hard to promote the song, and one of the videos he published on his TikTok page to do so has gotten people talking.

While his primary motivation for posting the shirtless video on social media was to promote the song, his newly acquired Range Rover and home could be seen in the backdrop.

Kuami Eugene’s scooter was also included in the video as he practiced the dance techniques created especially for his new single ‘Take Away.’